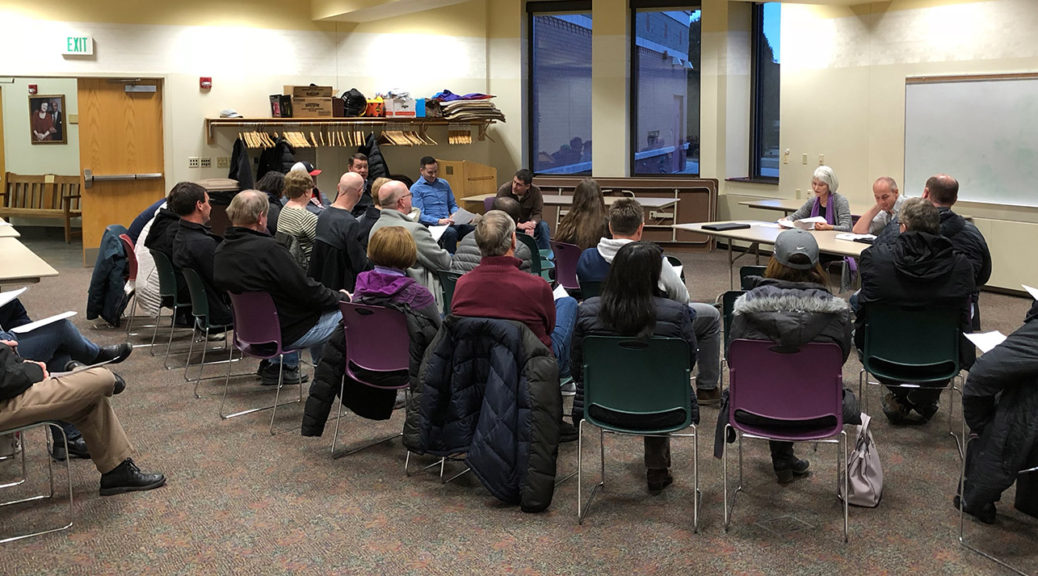 The Tree Tops Annual HOA Meeting took place at the Germantown Community Library on April 9, 2018. Here are the minutes from that meeting.

The meeting was called to order at 7 PM, with about 30 people in attendance.

The current board members were introduced: Denise White and Dan Roeming. Member Ben Jonas was not present, as he and his family moved to Minnesota.

Based on these numbers, a 2018 dues amount of $300 was proposed, seconded, and passed unanimously. Here’s a pdf of the annual budget.

Martin Oduro volunteered to serve on the Tree Tops Homeowners Association Board, for a 3-year term. He was enthusiastically voted in.

Several residents mentioned concerns about the run-down appearance of mailboxes in Tree Tops. A discussion was held about options for fixing them. Scott Fulton provided detailed information about the quality and new reduced price ($300, excluding installation) of mailboxes. Everyone was encouraged to paint, repair, or replace their mailboxes, as needed. Since the mailboxes are personal property owned by each homeowner, the board is unable to force residents to repair or replace their mailbox.

David Schloesser expressed concern about some of the split-rail fencing needing mending. Anyone noticing such areas should report it to the board, and they will arrange the repair.

David Schloesser also started a discussion about long-mow vs. short-mow areas of the subdivision. He would like to return to the original landscape specifications for Tree Tops, which included more long-mow areas. Several years ago, it was voted on to change some longer-mowed areas to shorter-mowed ones. The board felt there was not enough information available to make a decision on the issue at the meeting. Instead, a motion was made, seconded and passed, and passed by a majority vote to form a landscaping committee to gather information, explore options, and report to the board.

Dan Roeming started another discussion about the Tree Tops Christmas decorations and asked if we wanted to continue having them displayed at the two entrances or not. It was agreed upon to continue decorating with the evergreen garland and red bows only, and eliminate the lights, due to difficulties keeping them lit. One person expressed interest in helping put the decorations up and taking them down. However, it has become difficult to find people to help with this, so a motion was made and seconded, and the majority vote was made to obtain a vendor to install and remove the decorations if it can be done for up to $500. If not, then we will continue to recruit volunteers for the task.

Dan Roeming asked for input on keeping or eliminating the No Trespassing signs at the ponds. They are leaning, battered, and in need of either repair, replacement, or removal. The board was advised by our liability insurance agent that our liability will not be affected by removal of the signs. The issue of staying off the ponds is thoroughly covered in the Tree Tops Declaration of Restrictions, which all residents have signed. Therefore, a motion was made, seconded, and passed by majority vote to remove the old signs.

Deborah Schroeder asked for a tree to be planted on an outlot next to her house, to replace some old damaged trees that were removed from that area last summer. The board will make a decision, after viewing the area.